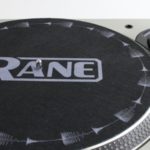 Turntables have a long and rich history. Instead of writing a novel about our beloved friend, we wanted to share a few interesting facts that can help you strike up conversations with fellow Rane DJs. Do you know where the term "rewind" comes from? Read on to learn about this and other fascinating turntable facts.

1. The phonograph was built by Thomas A. Edison in 1877. Edison's records were strips of tinfoil wrapped around a spinning cylinder.

2. In 1887, Emile Berliner invented the disk record (patented 1896), which had grooves of unvarying depth but of varying lateral direction. Berliner also invented the matrix record, from which unlimited duplicate recordings could be pressed.

3. Early turntables were operated by a spring-driven motor that required rewinding for each record played. Later the use of an electric motor made rewinding unnecessary.

5. The brand name Gramophone was not used in the USA after 1901. Although that name fell out of use, it has survived in its nickname form, Grammy, as in the title of the Grammy Awards.

6. Beginning in 1948, records were made to be played at slower speeds, thus lengthening the amount of material that could be recorded on a single disk. These were known as LP's. (long-play)

7. Early LP records of classical music were played starting from the inside and moving outward. Sound quality near the outer edge of a record is better, important for loud finales. The outer edges offer a longer groove which allows for more complex groove shapes.

8. 1.5 - 2.5 grams is a typical weight for modern tone-arm adjustment, while 30 to 50 grams was the typical pickup weight on mechanical, steel-needle gramophones playing 78 RPM records.

9. Basic arm design has changed relatively little. S-type tonearms can even be found on the early 1925 Victor Orthophonic Victrola.

10. In 1943, Jimmy Savile launched the world's first DJ dance party by playing jazz records in the upstairs function room of the Loyal Order of Ancient Sheperds in Otley, England. In 1947, he claims to have become the first DJ to use twin turntables for continuous play.

11. Also in 1947, the Whiskey à Go-Go nightclub opened in Paris, France, considered to be the world's first commercial discothèque.

12. The first commercially available stereo recordings were produced in 1957.

14. Matsushita’s Technics division introduced the first commercially successful direct-drive platter, model SP10, in 1969, which was joined by the Technics SL-1200 turntable, in 1972. Its updated model, SL-1200MK2 was released in 1978, it had a stronger motor and a convenient pitch control slider for beatmatching.

16. In 1975 the concept of the record pool was started by David Mancuso, Steve D’Aquisto and Vince Aletti in New York City. A DJ pool is  a centralized method of music distribution that allows DJs to receive advanced copies of soon to be released music. Labels within the industry send its newest releases to the pool of DJs; in exchange, the pool provides feedback on each release as well as providing exposure for the music in their clubs.

17. In 1983, Herbie Hancock’s “Rockit” was released demonstrating that the scratching movement was recognized in popular music outside of a hip hop context.

18. Kool Herc introduced the break-beat technique as a way of extending the break indefinitely.

19. Beat Juggling was invented by Steve Dee, a member of the X-Men (later renamed X-Ecutioners)

20. The word turntablist was coined in 1995 by DJ Babu (World Famous Beat Junkies) to describe the difference between a DJ who just plays records and one who performs by manipulating the records and mixer to create unique sounds or arrangements.

Bonus - Turntablism will never die, we got your back.