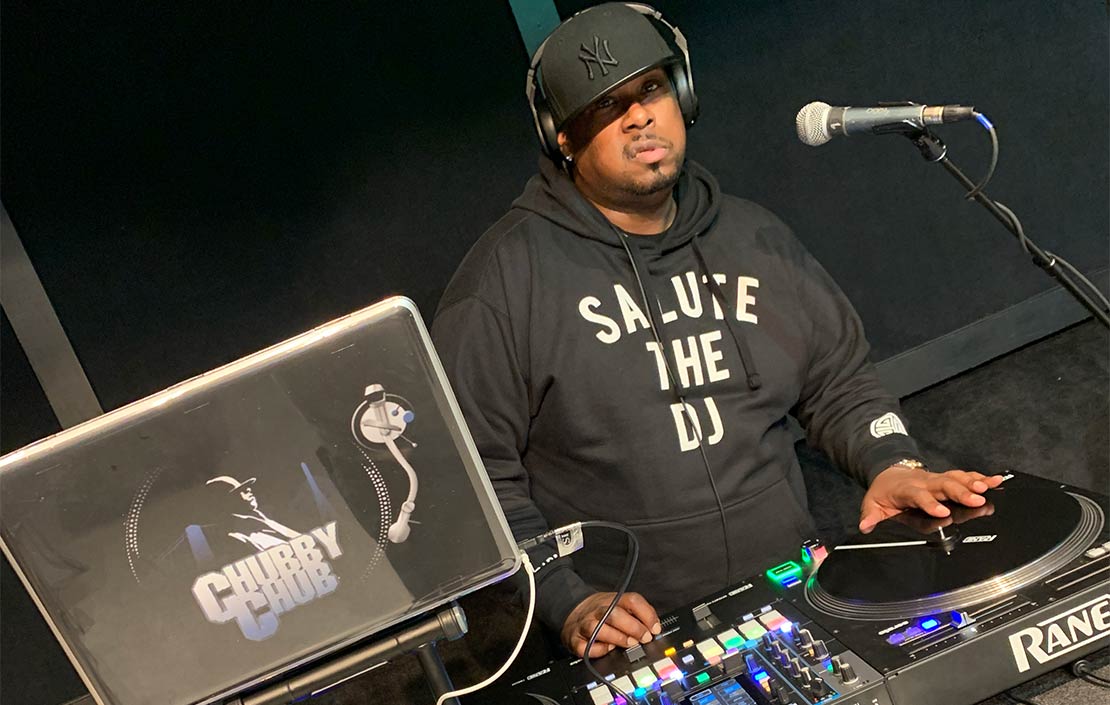 DJ Chubby Chub New England’s most powerful DJ and ON-AIR personality, has come a long way from the Boogie down Bronx. Born and raised in New York City, the Heavy Hitter SmashSquad Representative was influenced by Hip Hop pioneers like Grand Master Flash, the Cold Crush Crew, and the DJ Kid Capri.

At the start of his career, Chubby Chub began mastering the turntable by playing at local halls, jams, and house parties. He then began to produce and host his very own Street mix tapes, giving him credibility to rock parties from state to state, coast to coast. Chubby Chub first exploded onto the scene with the rap group, Original Flavor, which was own Damon Dash and featured rapper Jay-Z. DJ Chubby Chubs notoriety soon earned him his own show on HOT 97.7 entitled “The Saturday Night Jump Off”. This show introduced him to the masses and made DJ Chubby Chub a household name on radio. The success of “The Saturday Night Jump Off” lead HOT 97.7 to give DJ Chubby Chub an additional mix show featured Monday thru Friday entitled “The Big Dig Mix”, soon after came The Inferno Mix Fridays from 6p-10p. And if this wasn’t enough, Chubby Chub took his on-air skills to yet another level and became the host of the evening drive from 6p-10p. As an on-air personality and DJ; Chubby Chub became the first and only mix show DJ to have three different shows on one station in Boston! He continued to expand his career in the industry by working on radio at Boston’s HOT 97.7 as Music Director, Mix Show Coordinator, Mixer, and on air personality. Mastering the art of spinning has become second nature.

Chubby Chub’s popularity has drawn the attention of such artists as P.Diddy, Mariah Carey, Busta Rhymes, Fat Joe, Nore, Kelis, Fabulous, and many more. Most recently, Chubby Chub has joined Kelis on a nationwide tour with Brittany Spears. He has also appeared on Rap City, TRL, 106 & Park; Live with Regis and Kelly, and Late Night with Carson Daley. DJ ChubbyChubhas become New England’s most sought after DJ for local and celebrity parties. In 2015, he was able to take home the “Global Spin Award” for online DJ of the year with power 104.1 Hartford, CT and now is on JAM’N 945. 2016 was also a good year for Chubby Chubb where he received a 3X Platinum plaque for Young M. A.’s smash hit, “OOOUUU”. In 2017 he has found time to not only be 50 Cents tour DJ but also launch the JAM’N 945, Friday 9pm-11pm, Sunday the “Launch Pad” at 10pm-12mid and Tropical Blendz from 12am-2am.

Chubby Chub has also now embarked on a new project, to introduce the world to the Brazilian music “Baile Funk” that as of recent has become the latest trend in the ever-changing music scene. Chubby Chub’s appreciation of this new genre, stems from his familiarity with the New England’s large Brazilian community and while touring Brazil since the early 2000s. The first single off the Album “We love Baile Funk” will combine the top artists of the US and Latin America. His captivating voice, presence & poise along with a niche for finding what is hot on the streets, has branded him as one of the most interesting and influential On-Air personalities. You will undoubtedly know when Chubby Chub has entered the building!!!