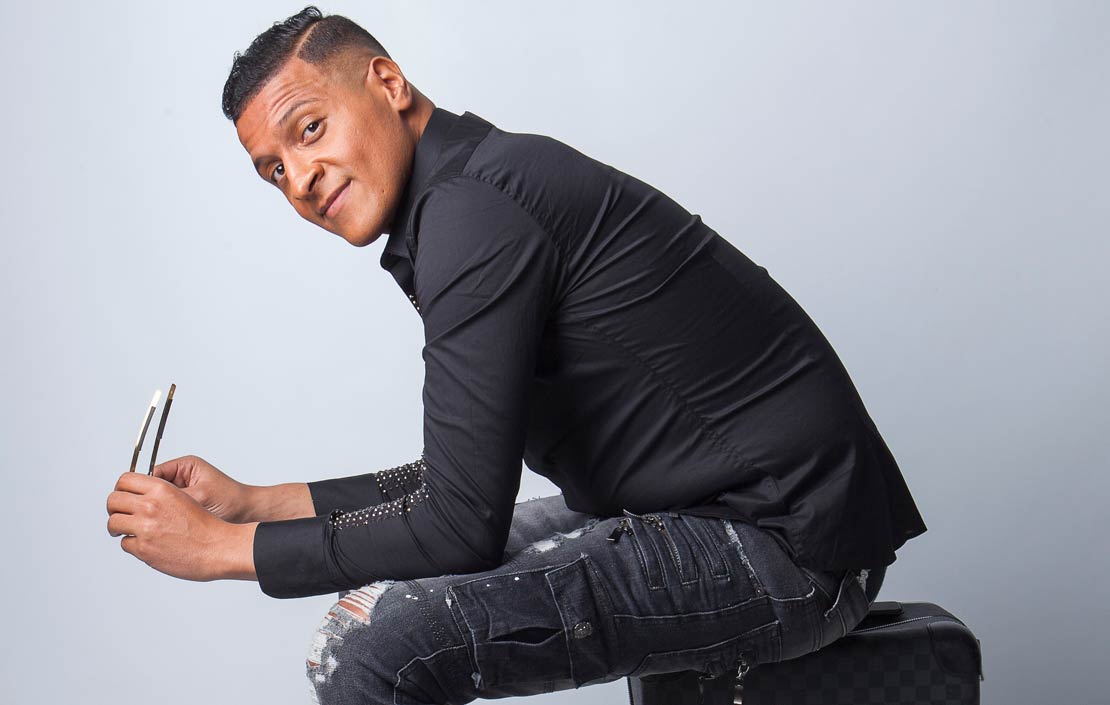 Originally from Meknes, Morocco, DJ Hamida soon began to play turntables in 1998, thanks to his love for mixers and vinyls. Mixing house, r'n'b, rai or hip-hop - a signature he calls "Meknessi Style" - in his sets, he sets fire to each of his performances and decides, in 2004, to export his music elsewhere than on the dancefloor with his first compilation "Funk R'n'B". He quickly earned a reputation with his style where he manages to mix hip-hop, house, raï and R & B in festive sets. DJ Hamida multiplies the evenings between France, Morocco and several European countries. His ability to heat the rooms also earned him the first part of rap artists as for L'Algérino in 2010.

It is however with his series of mixtapes titled "At the Mix Mix Party" he made a name. Based on its original musical style, this series is made up of exclusive tracks by rap, R & B or raï artists, who thus display their confidence in DJ Hamida. The consecration arrives in June 2014 with the release of "A Bien Mix Party: The Album" where DJ Hamida mixes unreleased Mister You, Tunisian, Kayna Samet or Cheb Rayan. Besides the success of the album, "Disconnected" with Kayna Samet, Lartiste and Rim'K becomes a hit by reaching the fourteenth place of the French charts. Now become a star in its own right, each summer is punctuated with the new sounds of DJ Hamida.

Back in independent after 2 albums released in major at Universal Music France, the story continues. After 11 years of career it is in 2017, strong of his experience that he is crowned of a Golden disc on "To the good mix party 2017" then in the wake of a single of Gold for the title "C 'is a strike' feat. The artist. DJ Hamida will be back on July 5th with "A good mix party 2019" to ambience you on his hits and like every year offer you the album of the summer! In this year's cast: Aymane Serhani, Jr O Chrome, Balti, Hafssa Da, Scridge, Maria Chebba, Nassi, LECK, H Magnum, Cheb Bello etc.