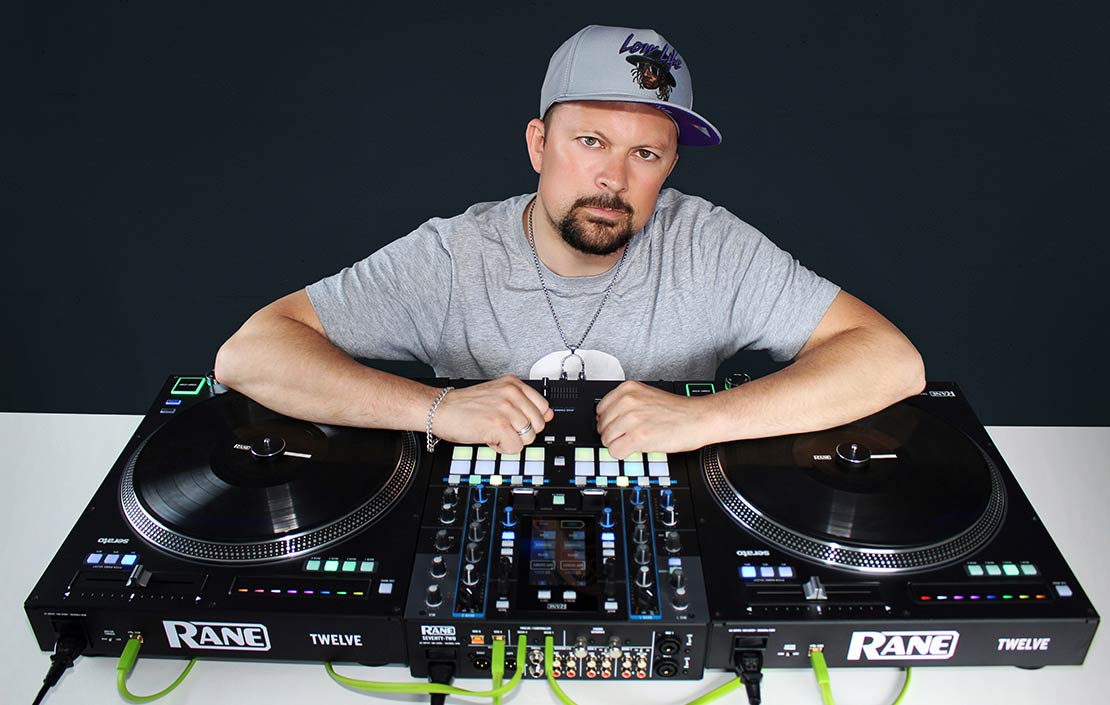 DJ Ray-D – no other turntablist has transferred his technical skills to the club more successfully. Starting out in 1993, Ray-D has never stopped perfecting his style with relentless determination. His dedication to excellence has earned him several German DMC DJ championships and a radio DJ residency at one of Germany’s most popular stations, “planet radio”. It is no coincidence that when superstars perform in Germany, they call on him for support: DJ Ray-D has performed on stage for Rihanna, Drake, Sean Paul and many more. He twice contributed scratches to gold-certified albums by legendary German rapper Kool Savas, “Aura” (2012) and “Märtyrer” (2014). In 2016, he toured all over Germany on the Serato Educational Tour, demonstrating the latest features of state-of-the-art Serato software and Rane hardware. Last but not least, DJ Ray-D opened his very own DJ school in 2018, the Raycademy. Located in Frankfurt (Germany), the Raycademy offers instructional courses for beginners and advanced DJs. You can train with Ray-D and learn every skill for becoming a modern DJ: Club DJing, DJ battle preparation, handling professional DJ and audio equipment, and optimally presenting yourself as a DJ in public and on social media. As a philosophy for himself and his students, DJ Ray-D stays true to his credo: “Always keep on going”.