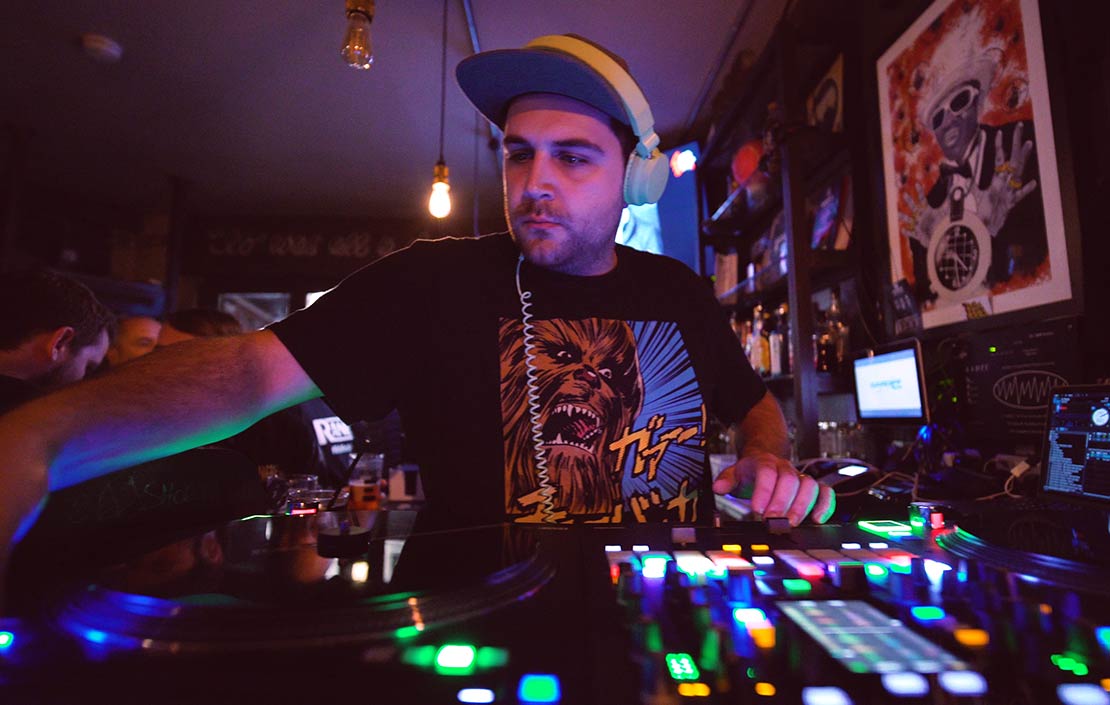 “RANE mixers, and more recently the TWELVE's have enabled me to be twice as tight when rocking the party! Robust, intuitive for beginners and veteran DJs, and always reliable.”

The original turntable trickster and funk maestro, the award-winning Jimi Needles is the London party-starter DJ of choice. Jimi’s musical origins are routed in hip hop, soul, funk and disco but brings to the turntables a fusion of pin-point scratching, breaks & bass music. His cut-n-paste antics leave virtually no genre untouched creating the ultimate live soundtrack whilst always showing recognition to old school and retro classics.

He’s best known for his intricate genre-spanning party mixtapes, deck-defying festival sets and his array of varied bootlegs & original productions on labels such as Bombstrikes, Beating Heart & Jungle Strikes. 2019 will see Jimi take on huge stages at Shambala, Glastonbury and a tour of Canada.